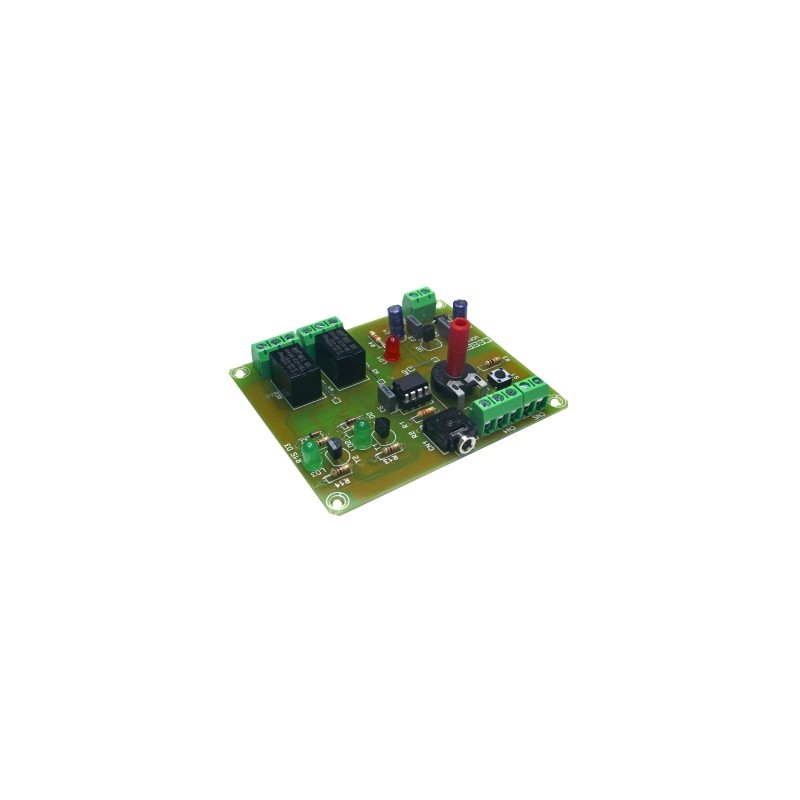 Introducing the UCPIC-5, a fully assembled programmable module with minimum input-output components.It incorporates micro Picaxe 08M2 and a digital input with pushbutton, adjustment potentiometer, 2 output relays of 3 A., power indicators and also includes recording connector. Especially recommended for the development of automations that require 2 relay outputs, an external control of a pushbutton and a potentiometer, as is usually the case with sequential programmers, as an example.Elaborated around the PICAXE-08M2, the Cebek UCPIC-5 is destined to the wide community of PICAXE programmers, putting at the disposal of its developments a simple but versatile circuit of easy industrial implementation and commercialization.Unlike generic motherboards, the family of Cebek modules of which the UCPIC-5 is part, intended for industrial use, is structured in different modules with very specific configuration and features, with a lower or higher number of features per circuit. This feature makes them a tremendously versatile proposal for any level of development, downloading the programmer from the design of an electronic circuit, guaranteeing its operation and also offering economic viability in commercial applications. The UCPIC-5 provides for its control of two 3A switched relays, a No pushbutton, a potentiometer with axis and a direct input for digital signal.Requires 12 V.C.C. in its functioning as an autonomous circuit.It incorporates industrial connection terminals, connector for direct connection to the USB port, led power indicator and is adaptable to Din Rail.100% compatible with Picaxe® software. Free download.Download: http://www.picaxe.com/Software

Are you sure that you want to report this comment?

Your report has been submitted and will be considered by a moderator.

error Your report cannot be sent

Your comment has been submitted and will be available once approved by a moderator.

error Your review cannot be sent