Monday, September 30, 2019
Secartys
News
On June 28, the Annual Secartys Assembly was held, and the President to date, Josep Rof gave way to the new president Alex Morales of Novolux, ratified by the current Board of Directors.
Several positions of the Executive Committee and the Board of Directors were renewed, 50% of them, as established in the bylaws, and among them, Luis Beltran Massana, of FADISEL, was renewed as SECARTYS Auditor and Controller. 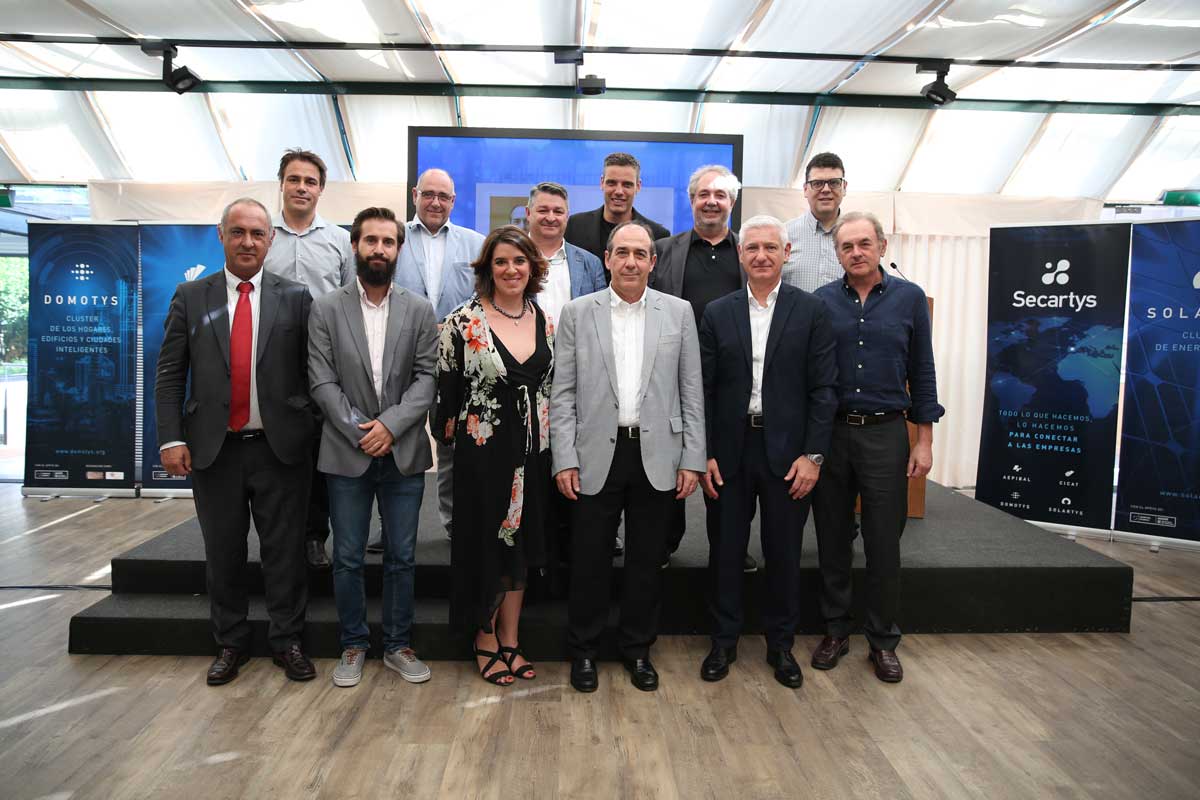 miercoles, 1 de agosto de 2018
Q3D lamp and 3D printer (Kit)
3D Printer
The commercial collaboration agreement between Politronica, a spin-off company of the Polytechnic of Turin and Fadisel, a Spanish company based in Barcelona, ​​active for almost 40 years, has been signed for the supply and verification of electronic material.
The agreement is part of the Q3D operation, a project on which Politronica has been working for several months, which sees the collaboration with the well-known Tiger chain of stores, for the sale to the public of a low-cost 3D printer. The Q3D, in fact, is a unique printer of its kind. Fully 3D printed and inspired by the design of the well-known lamp Luxo, Q3D is both a lamp and a 3D printer that prints a particular resin, able to solidify with the simple white light of the lamp.
Politronica, which since 2008 has been working in the field of functional printing of conductive inks, has also been involved in 3D printing for a couple of years, in particular the FDM technology, namely the Fusion and Storage of plastic material. However, to complete the Q3D project it was necessary to identify a partner able to guarantee the supply, verification and preparation of the electronic components of the printer.
A research was carried out which led to the identification of Fadisel as an ideal partner.
Fadisel, based in Barcelona, ​​Spain, was founded in 1979 and operates in the field of home automation and robotics, exporting to 20 countries in all 5 continents.
The values ​​of Fadisel, the experience in the electronics and robotics sector, together with the particular predisposition to technological innovation have convinced Politronica that it was the ideal partnership.
But in the Q3D project and in general, in Politronica's intentions, innovation is not only technological, but rather economic and social.
The goal of Politronica is to establish itself as a 4.0 factory model, capable of operating just in time and at zero marginal cost, following the theory of the American economist Jeremy Rifkin.
The aim of the q3d project is therefore to be a demonstrator, is to produce the printer in a "zero marginal cost" perspective, thus trying to produce the quantities that the market requires. In this regard the details of the agreement are relevant.
The first phase of testing on the Italian market, involves the sale of 5000 printers by the end of 2018. However, in view of zero marginal cost, the choice is to produce 500 printers per month and adapt the production to market demand, modulating the quantities produced monthly, from a minimum of 500 to a maximum of 1500, with one month's notice.
This, evidently, is a discourse that, in addition to Politronica, also concerns suppliers. The negotiation work on supplies was therefore fundamental, starting from the electronic one. The aim was to work according to the Forecast principles, is a long-term production forecast, to be carried out in monthly batches, based on market response
The electronic supply agreement is based on the principle that producers are not trusted, but memory. Not trust in the achievement of the final goal, but memory of the quantities purchased, according to a model that guarantees a decreasing cost with increasing purchase volumes. The second phase of the project envisages the expansion of the q3d operation worldwide, producing an additional 30,000 printers, this time in batches of 2000 units per month. Also in this case the final objective will be to strengthen the logic of zero marginal cost, focusing on flexible supplies for quantities, but able to guarantee costs consistent with the volumes designed for the operation.
The q3d will be on sale in Italian Tiger stores from the end of September to the public price of 100 €, with the aim of being the first design object produced by the digital manufacturing and sold through large retailers.